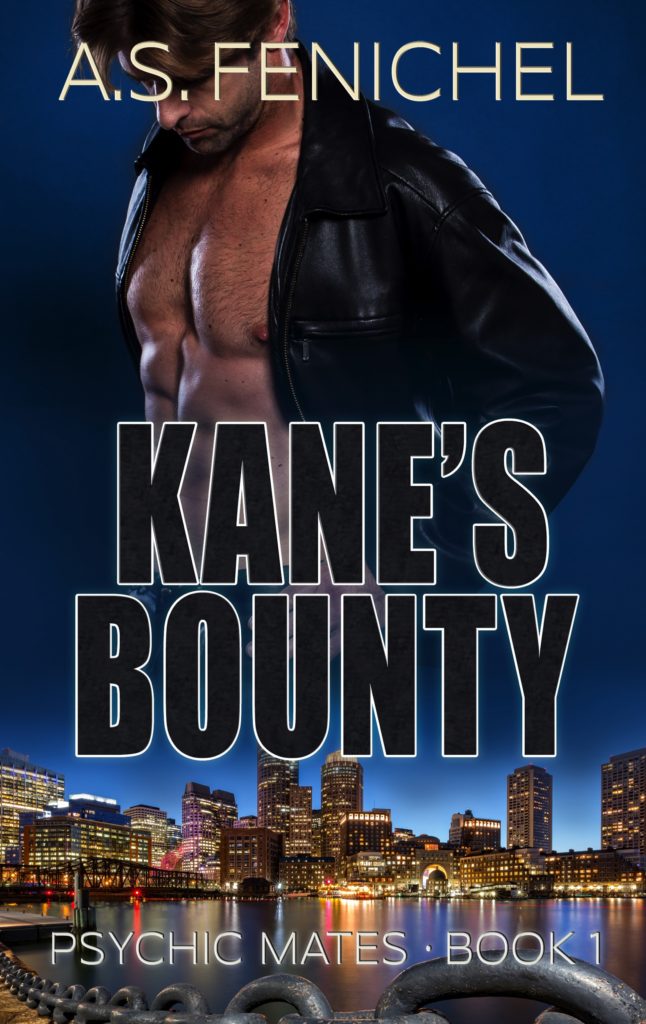 Telepathic bounty hunter Kane has one rule—never get involved with a fugitive.

It’s a simple assignment with good money at the end. Picking Lena up is no problem. Protecting her when her ex-husband, mercenaries and another bounty hunter threaten her turns into the fight of their lives.

Together, the Stones of Adeline and Lena are powerful magic. She never considered the complication of the sexy bounty hunter and her undeniable desire for him. Their paranormal bond will need to be strong if they’re to survive together.

Kane didn’t sleep, but he kept his eyes closed and his senses open. He knew the moment another hunter was on the property. He even recognized who it was and it was not a comfort.

He eased off the bed and shook her awake. Her bare arm felt silky and warm under his touch. Damn, everything about this woman aroused him. “Lena, wake up. We’ve got trouble.”

She was awake and alert in an instant.

“Put your shoes on and try to close your mind off or they’ll track us.”

He took his own advice and shut down his senses. Now that he knew who was after her, there was no point leading them to the room.

“Who is it? I thought they would arrest Wade.”

“It’s not Wade.” He took her by the wrist while tossing his duffle over his shoulder.

He could see the whites of her eyes in the dim light, but she had closed off her mind more naturally than most people could. He didn’t have time to think about it. “Troth Banta. He’s a mercenary, used to be Special Forces. What the hell did you take? No way Thorn calls in guns this big for money.”

“I didn’t take anything from him.” Her voice was only a whisper, but he heard her loud and clear.

She had shut her mind off, so he didn’t know for sure if she was lying or not. Though, at the very least, he thought she believed what she said.

It didn’t matter, she was his mark and he’d captured her. That made her his responsibility until he turned her over to the courts. No one, not even Troth Banta, would harm her while he breathed.

He turned to her and grabbed her chin. “Listen to me very carefully, Lena. I know you don’t trust me and you have no reason to. But if you run, Banta will catch you. I promise you, you’re better off with me than with him. If you want to go back to your ex, fine. I’ll send you out there and I don’t have to risk my neck.”

“I can’t go back,” she said. A flash of fear crossed her face, but she had amazing command of her mind and he felt nothing from her.

“Then stay close to me and don’t make a sound. Do everything I tell you, and since you’re so good at it, keep your mind closed off.”

She nodded and he released her chin.

He had questions, lots of them, but they would have to wait. He pushed the table out of the way and opened the door. She did as he’d told her and stayed close, so close her spicy scent filled his head. Keep your eye on the ball, Kane.

He ran down the hallway to a fire escape leading to an alley. They reached the ground a minute later. At the corner of the building, he peered around.

Four heavily armed men flanked Banta. It was a typical Psi assault team. All dressed in black, wearing body armor and ammo vests. Kane looked down at the petite woman tucked close behind him and wondered what she could have done to warrant this kind of attention. Banta was the tallest at six and a half feet, but the others were all big. Every one of them probably outweighed Lena by a hundred pounds, yet they felt they needed five men to catch her. He looked down at her wide eyes. She was terrified. None of this made sense.

“I know you’re on the ground, Kane,” Banta barked.

Kane pulled back behind the dark corner. They squatted and listened.

“We just want the woman and the stones. You’re hired help, man. You don’t have to get hurt in this. You have no investment in this woman. She’s trouble and you know it. Send her out with the stones and you walk away. Thorn will compensate you for the bounty you lose.”

When he turned toward Lena, her face was only inches from his. She watched him, and he could see she thought he would turn her over. Everything the mercenary said was true. He should not care what happened to one mark. All he should care about was getting paid for his trouble. What did it matter who signed the check?