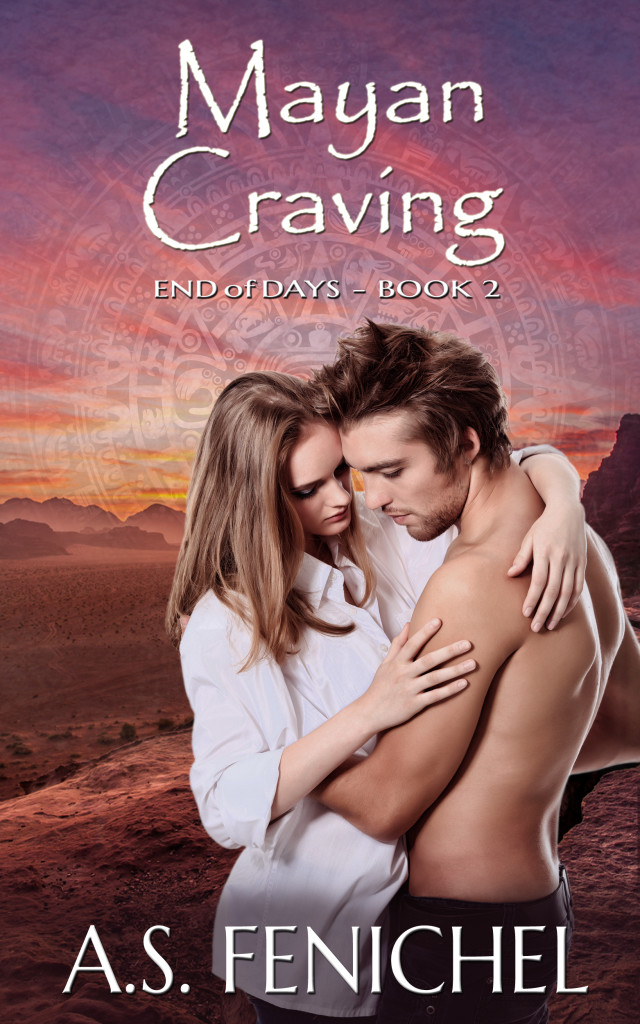 Surviving the End of Days was only the beginning of the journey for Nancy. After years of searching, she’s finally found her missing sister, but when she attempts to rescue Robyn, she enters her worst nightmare. Captured by demons and about to be sacrificed, she’s rescued by Asher, whose kindness and bravery arouse her lust, and leave her wanting much more than friendship.

Asher has been in love with Nancy since he first laid eyes on her, but her infatuation with another man left him unnoticed. Her sudden craving for him couldn’t turn him on more. Together they find rapture, but the attraction can only be fleeting.

While danger and passion pull them together, doubt may rip them apart. Asher and Nancy will need more than a carnal connection if they hope to survive.

Asher slung the bow over his shoulder and trained his gun on the large demon standing only inches from Nancy. Consciously telling his heart to slow its rapid thumping, he eased the trigger back just as mayhem broke out. Asher’s bullet hit the leader in the chest and he followed with a shot to the head.

The demon crumpled to the floor. If it had been anyone else strapped to that statue, Asher could have stuffed his emotions deep in his gut and let his instincts push him into automatic pilot. Nancy’s precarious position changed the game. He had to still his shaking hands every time he lifted his weapon and his pulse beat so fast it created an ache in his chest.

Still outnumbered fifteen to one, Asher shot rapidly as demons rushed toward him. Careful not to accidently hit Nancy, he continued to fire, stuffing his emotions down as he did.

Asher charged forward, shooting more demons as he went. When he reached Nancy, he pulled a long knife from his belt and cut the rope at her right foot.

She kicked out, catching him in the shin.

He shook her shoulder hard and put his face close to hers. “Damn it, Nancy, it’s me.”

Her eyes were wide and a little empty. She appeared not to recognize him at first, but then she came back.

He cut the rope, holding her right wrist.

Her eyes went wide. “Look out!”

He turned and fired, almost at the moment she called out.

The demon’s head exploded. Asher lowered his face, while stepping back to protect Nancy from the splattering blood and rotting flesh that flew everywhere.

Cutting the last of her bindings, he caught her as she crumpled against him. “Can you walk?”

“I have no choice.” She made it as far as the door before she collapsed.

He helped her put his duffle over her shoulder and lifted her piggyback. Even in the near darkness, he could see the bleeding sores around her ankles where they wrapped around his waist.

They traveled several miles into the desert before he finally spoke. “We have to find a place to stop, Nance. I can’t go on like this for much longer and we need to get some water to clean these wounds.”

“Where’s the plane?” she asked.

“I think there’s a town not far to the south. Put me down, Asher. I’ll walk a while. I think the blood is flowing again. I can manage.”

He knew better than to argue with her when she used that tone of voice, accentuated by her Southern drawl. She may have been born and bred in Georgia but she was no delicate debutant. Nancy Lynn Jones’ toughness had been part of what had always attracted Asher. Her stubbornness, on the other hand, drove him crazy. At times like this, he wanted to shake her until she saw reason.

He put her down gently, and when he was sure that she could walk, he took the lead.

The desert stretched on while dark red clouds continued to cover the sky. It was a bad sign. Everything he’d seen since leaving the settlement were bad signs that Mictlan had returned.

“I thought Ian would come for me.”

Jealousy burned in his gut. “I’m sure he’s still out looking. Do you want me to tie you back up on that giant head until he finds you?”

His pace quickened, and when she couldn’t keep up, he just kept walking.