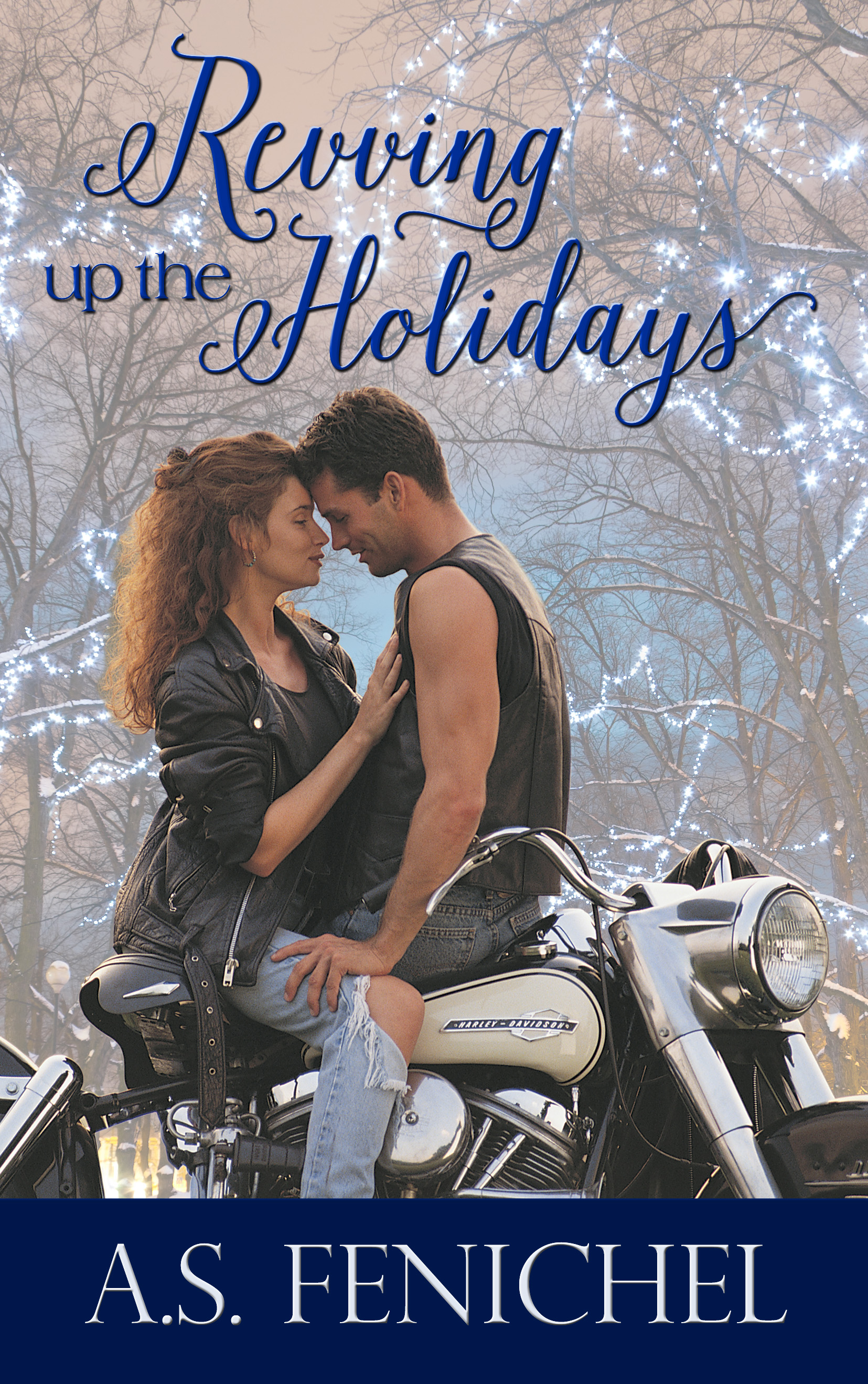 Workaholic Isaac hasn’t been back to his hometown since his father’s funeral two years earlier, pushing his family away because of a painful secret. Hanukkah and a forced vacation lure him back to Atlanta, where he’s reunited with his two lost loves—an old motorcycle and his sister’s best friend Giada. While rediscovering his passion for both the bike and the woman, Isaac rebuilds his heart.

Giada has lost her Christmas spirit since returning home to care for her dying parents. Left alone, she struggles to return to her successful teaching career, choosing instead to stay in her hometown. Only the unexpected return of her high school crush Isaac brings any joy to the season.

The transitive nature of Isaac’s visit and Giada’s fear of abandonment keep them from sharing their whole hearts, but certainly not their bodies. Their desire for each other is hotter than flames on a menorah and they take advantage of their limited time together by burning up the sheets. But once their secrets are revealed, their hearts will do all the thinking.

Giada saw the light in the small window of the shop door. The last thing she expected to see when she walked in was a sea of motorcycle parts spread from one end of the room to the other. Isaac stood with his back to her and ran his fingers through his dark hair as he stared down at the array.

She should have cleared her throat or something, but she couldn’t help admiring his tall, lean body or the way his shoulders stretched the polo shirt.

He turned, looked at her and his faced completely changed. From the intense face of a man with a problem, he transformed in an instant with a smile that had her blushing right down to her panties. Did his face light up that way just for her? No, he probably did it with everyone, or at least all the women he saw. Charm had never been in short supply with Isaac Backman. She was glad to see that hadn’t changed.

“Mark saved my old bike. I’m just fixing it up.” He walked over to where she stood at the door.

“Fixing it up? It looks as if you’ve completely destroyed it.” He stood very close to her. How was it possible that after all of these years, he still made her weak in the knees?

“Looks can be deceiving, Giada.”

“I… Sadie sent me out here to tell you that your mother is here and you should join the party. They’re waiting on you to light the menorahs.”

His eyes narrowed on her. “Will you have dinner with me tomorrow?”

Of all the things she expected him to say, that was not even close to one of them. “Why?”

“I mean, don’t you think you should spend some time with your family? Why would you want to have dinner with me?”

She shook her head. She knew her eyes must be the size of saucers. I may swoon. Do women still swoon? Some might, but Giada didn’t. She stilled her emotions.

He stepped closer and leaned down until his lips were next to her ear. “I’ve had a crush on you since we were teenagers. I may still have a crush on you. I’d like to get to know you better. Have dinner with me.”

Her heart pounded so hard, she couldn’t believe she’d been able to hear him at all. But she’d heard every softly spoken word and she found herself nodding her acceptance before she could make herself speak. “I get home at six-thirty. Can we make it seven?”

His laughter shot directly from his lips to the already wet space between her thighs.