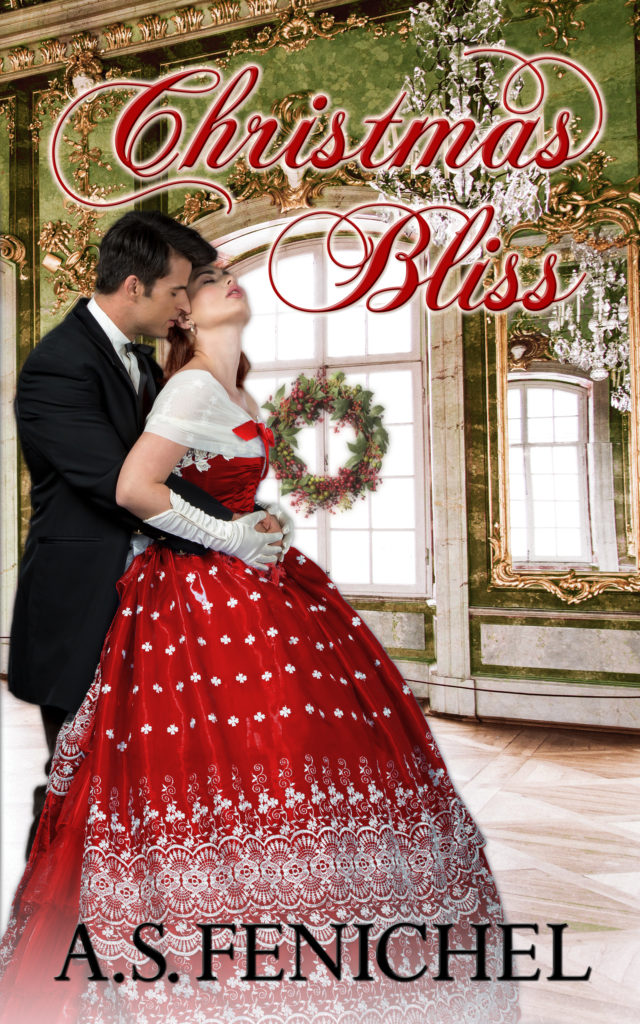 Emma is running from a tyrannous uncle bent on killing her young brother, to gain his fortune. John, the Earl of Compton, is looking for something to change his unfulfilling life in the House of Lords. When they meet on a dark street, nothing can change their fate.

John is so instantly smitten and socially inept, he proposes in less than twenty-four hours. Emma’s plight to save her brother has her shaken to the core and she agrees to the hasty Christmas wedding.

John’s fierce defense of Emma and her brother demonstrates the match might be more than just a convenient arrangement. They may live to enjoy a life together—if only they can thwart her uncle’s devious assault.

John Scarborough was just beginning to feel as though he was himself again. The troubles of politics had left him in a bad temper, but the walk in the cold of December brought him back to civility. He could almost imagine his troubles falling away with each step that drew him closer to home. He no longer wished to wring the neck of a certain political opponent.

Yes, the man was an idiot, but he felt he could return to his seat without committing murder.

At least that was a relief. He laughed at his own sarcastic thought.

Most men of his wealth and position would have taken their carriage home, but a brisk walk always made John feel better after a long day of arguing in the House of Lords. His carriage was generally only a few minutes behind him, since the footman and driver refused to leave him completely alone at night on the streets of London.

A shadow could easily be seen crouching beneath the hedge that fronted his home in the West End of London. Pickpockets and thieves often skulked around in the finer residential areas, hoping to earn a nights work. Often these villains beat their prey and left them for dead.

John took a better hold of his walking stick, prepared to fend off the trespasser if necessary.

“You there, what is your business?”

He heard a woman gasp. When she stood up from her hiding place, the light of the full moon gave enough illumination for him to see she was well dressed in a fashionable walking costume.

His eyes narrowed. “Were you going to accost me as I entered my home, wench?”

“Certainly not.” Her tone was crisp, as if she was offended. It reminded him of when he was a boy and had insulted his nanny.

She turned back to the hedge, crouched down and lifted something out of the bushes.

John raised his staff. “I am not above striking a woman. Whatever nefarious plan you have, I advise you to desist.”

When she turned, the bundle she’d picked up and held to her shoulder turned out to be a small child of five or six.

John was rarely surprised by people. In fact, he found most people quite predictable.

Everything about this girl had caught him by surprise. Exhaustion must have gotten the better of his senses. He lowered his arm and weapon and gaped at the girl.

Her voice was educated and cultured. “I’m sorry we frightened you, Lord Compton. We shall be on our way now.”

“You know me?” He didn’t know why that should bother him. Quite a lot of people knew him on sight and he was standing in front of his own home.

He could hear the smile in her voice, though the night did not permit him to see her face clearly enough to verify if the sound translated to her lips.

Embarrassment washed through him. His neck felt hot, reminding him of when he’d been at school, and was unsure of an answer demanded by the instructor. “Why are you hiding in my shrubbery?” he demanded.

She lifted the sleeping child higher. It was a boy from the look of his clothes. It was past nine and the child slung his arms about her neck and rested his head on her shoulder. He looked as if he was a very heavy sack of potatoes.

“That is a very long story, my lord. I apologize again for our intrusion. We shall move along.”