Finishing school brought four young wallflowers together. The perils of London’s marriage market inspired a pact to protect each other for a lifetime…

Survivor of a hellish marriage, Aurora Sherborne, Dowager Countess of Radcliff, is determined to never be taken in by love. With the other Wallflowers married and starting families, her West Lane residence is empty and lonely. What’s missing is a child of her own, to raise and make her house a home. Intent on marrying only to have children, Aurora wants nothing to do with romantic attachments.

The newly minted Duke of Cowin, Garrett Winslow, has known Aurora all her life, and loved her nearly as long. Recently returned from his travels abroad, he’s certain the infatuation was left in the past, but upon seeing the now-widowed Aurora, those feelings come rushing back.

Maddeningly, Aurora regards him as nothing more than her brother’s best friend. Determined to make her his, Garrett will use every tender weapon to seduce her—and prove she’s worthy of true love. 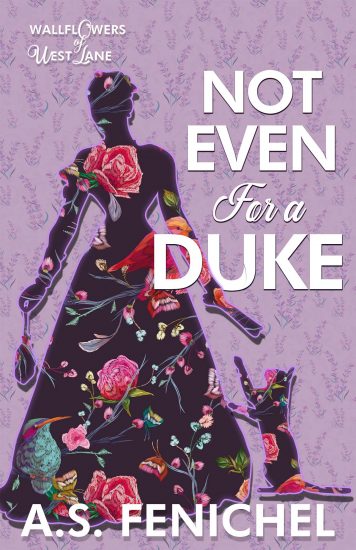