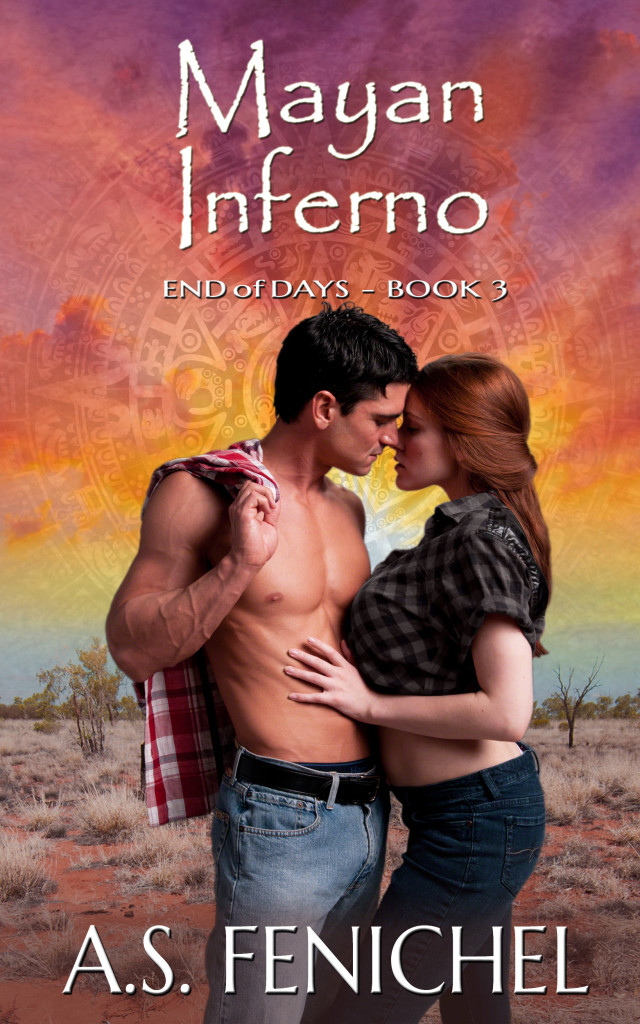 Robyn has waited years for her chance to gain revenge on the demons responsible for her enslavement. She’s molded herself into a warrior, and with The Lord of the Dead on the move once again, her time has come and she’s ready to strike—until a band of survivors and their enigmatic leader make her rethink what she’s fighting for.

Breandan has kept the people of his ranch safe from the wrath of The Lord of the Dead. His gift of always knowing what everyone is feeling is instrumental in protecting those around him. The instant connection with Robyn takes his talents to another level.

Passion simmers between them. Neither can avoid their connection, but any distraction could mean disaster. The fate of the world rests on their shoulders, and their lust could be the deadliest distraction of all.

A throbbing headache gave Robyn her first hint—she was still alive. Years of captivity had taught her to keep her eyes closed and assess the situation. While her captors thought her unconscious, she could listen and find out many things. The room she was in gave few clues. It was dimly lit and a wood fire burned, keeping her comfortably warm. A very soft bed cradled her. The absence of voices or movement told her she’d been left alone.

She opened her eyes.

Walls covered in white plaster, a bed made up with white linens and a soft, warm comforter surrounded her. A fire burned gently in the small fireplace built into the corner of the room. Cream-colored curtains shaded the windows, but sunlight slipped through the edges.

She moved her head slightly to get a better idea of the layout of the room. A large wardrobe, desk and chair completed the furnishings. A door to the right was open, with a bathroom beyond. A large candelabrum with six new candles stood on the desk and two small candles with holders had been placed on the bedside table.

“What is this, a hotel?” she said out loud, to herself.

Robyn flipped to her other side at the sound of the soft Irish brogue. Her head throbbed in protest.

The man with the blue eyes sat in a wingback chair, in a shadowed corner, watching.

She jumped to her feet, but her vision blurred and the floor felt as though it moved beneath her. Her knees buckled, but strong arms kept her from collapsing and a hard chest braced against hers.

His warm voice comforted her. “Not so fast. You’ve been down for over an hour. Cerise clocked you pretty good.”

She felt her head and found an egg-sized knot on the back of her skull. “Who’s Cerise and why’d he hit me?”

He took her hand away from the bump and lightly brushed her hair back away from her face.

She looked up and immediately his eyes arrested her. Her heart thumped hard and not from the pain in her head. Her eyes flicked to his perfect mouth. Her tongue automatically poked out to wet her dry lips.

His head bent just slightly and his lips grazed hers.

Robyn reached for the knife in her boot.

“We’ll give you back all your weapons when you leave here. For now, I thought it best if you were disarmed.” He didn’t move his mouth away from hers.

“No problem,” she whispered.

Her hand shot forward and grabbed him between the legs.

His breath caught and a high-pitched squeak emerged from his mouth as he stumbled away from her.

“A simple ‘no’ would have sufficed.” He backed away slowly.