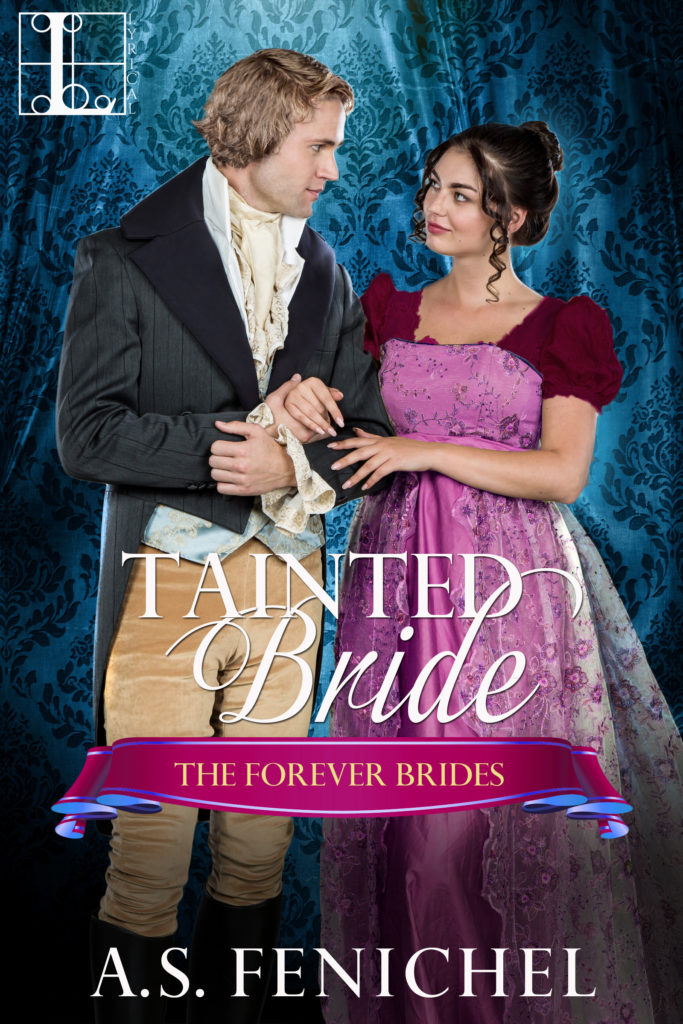 Only trust can save her…

Sailing to London, Sophia Braighton only hopes to escape certain ruin. But when she arrives, her Great Aunt Daphne has other plans for the American-born beauty. Determined to marry off her niece to a man of means, she propels Sophia into London society, not knowing that the young woman’s trust in men is shattered. In fact, Sophia never expects to ever feel anything for a man. Then again, she never expects to find herself in the company of the dashing earl of Marlton….

From the moment he sees Sophia, Daniel Fallon feels alive in a way he has not since his broken engagement. Though the vulnerable beauty shies from the passion burning bright between them, Daniel is determined to court her and make her his bride. And when he learns of the painful secret she harbors, he is equally determined to take revenge on the man responsible. But will the quest destroy him—and his future with his beloved?

“Why would her ladyship ever be disappointed in you?”

She shook her head and her silken curls swished from side to side.

“You will not tell me? Then I’ll guess. You are not the woman you appear to be. You are really the scullery maid from the Braighton house in America? No? You are her nephew, not her niece?”

He shook his head. “No, that cannot be it. You are already married?”

She watched him and as he guessed, her mouth and eyes grew wider until she burst into a fit of giggles. She was adorable. “Enough.”

The sound had his heart beating so rapidly, he might have an episode, as if he was one of those horrible characters from a bad novel.

“I’ll tell you, if you promise to keep my secret.”

The dance ended, Daniel took her arm and walked swiftly to the veranda. His hand on her elbow left only his white glove separating skin from touching skin. The idea of actually feeling her flesh was heady. The cool night air helped to cool his desire.

She breathed deeply, causing her breasts to lift dangerously close to the edge of her gown’s neckline.

So much for the cooling effect of the night air.

She leaned over the veranda wall and looked out into the shadowy gardens, lit only by torches.

There were a few people lingering on the veranda—ladies getting away from the heat of the crowded ballroom and a few couples hiding behind Greek statues and Roman pillars.

“No.” Her voice was small and far away.

He yearned for her thoughts. “You were going to tell me a secret.”

Heart-wrenching sorrow filled her eyes and they glistened though no tears fell. She straightened her posture and raised her chin. This woman held herself as if she was a queen.

He wanted her more with every second spent in her presence.

She spoke for his ears only, but her whisper shook with intensity. “My secret is I shall never marry. I should have told my aunt, but my mother made me promise to try to enjoy the season and not ruin it with such thoughts.” As she said the last words, her voice had dropped into a lush Italian accent.

He supposed the accent was her mother’s. Thomas had said her mimicry was amusing, but there was no joke here.

Her face was open and she absolutely believed she wouldn’t marry. Of course, it was ridiculous. She was beautiful, smart, funny and quick-witted. He had gleaned all of this in only a short time in her presence. She had the body of a goddess. She would marry and probably well. He was sure she would have offers before the end of the month, if not sooner.

“I think you will marry.” Regret dripped from his voice.

“No.” Her eyes filled with tears and she moved away to hide in the shadow of one of the pillars surrounding the veranda.

His mind screamed at him to apologize and walk away, but his body disobeyed and he followed her into the shadows. He tugged the glove from his hand and gently caressed the soft skin from her elbow to the cap sleeve of her gown. He dropped his hand.

She turned, only a breath away. The warmth of her body reached him though they didn’t touch.

“Please do not cry.” The soft tone hardly resembled his voice. She moved him in a way no one else ever had.

“I won’t. I’m sorry to make such a scene.” She dabbed at her eyes. Once again, the tigress returned, sad, fierce and distant. The tears made her seem even fiercer, somehow making her even more perfect. This was no stuffy debutante, with little thought for anyone but herself. She was soft, emotional, filled with life and he wanted nothing else in the world but to pull her into his arms, to watch her tigress’s eyes close as his lips covered hers.

“I think I’m going to kiss you, Miss Braighton.” He inched closer.

Her eyes widened and she gasped, as he rubbed his lips lightly against hers. “No.” The word was less than a whisper.

“Are you sure?” He asked, pressing his cheek to hers.