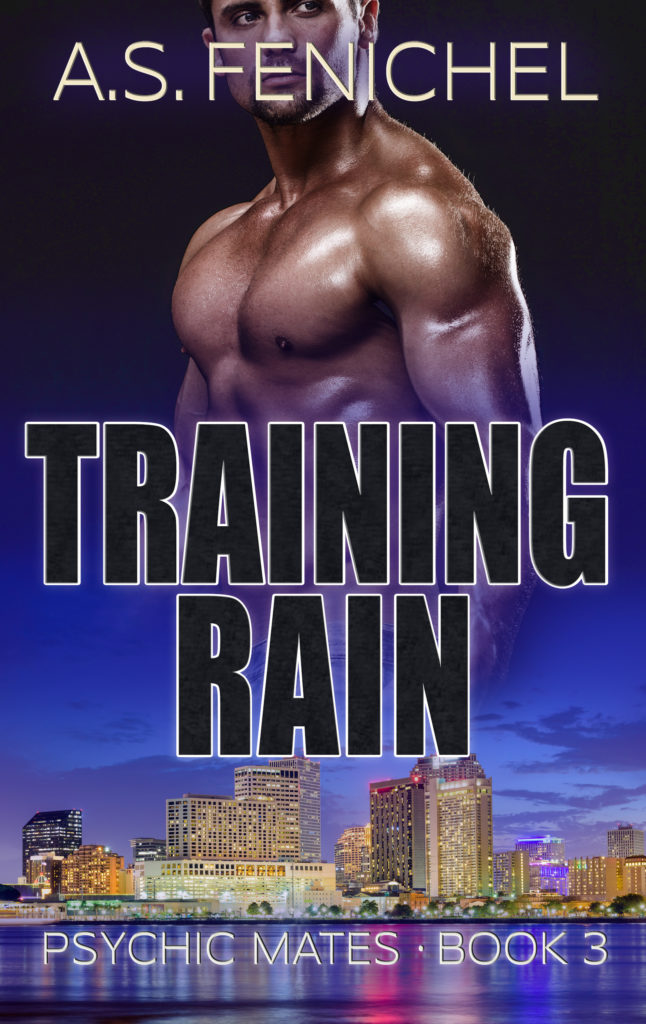 Having spent most of her life avoiding people and hiding her psychic gifts, Rain was shocked when the new Psi Alliance asked her to join. She didn’t count on the rigorous training or needing all of her Native American knowledge to complete the course. And if only she could ignore her attraction to her devilishly handsome instructor.

Jess shows up to train a new psychic recruit and the crazy woman shoots him in the doorway. His new student is the raven-haired beauty who’d once saved his life. Trying to keep his focus on survival training is hard enough without the added stress of a rogue government agency trying to kill them.

Escaping danger leads them directly into each other’s arms. The only question is—can they survive long enough to find comfort there?

The howling wind and Yas sitting up at the end of the bed brought her awake. There was no light in the bedroom, but the glow of firelight framed Jess in the doorway.

“Are you okay?” She had no idea why she asked. It was an instinct, a habit, check on everyone else before you worry about yourself.

Sleep still poked at her brain. “When? What are you talking about?”

Jess stepped closer. Yas growled. Rain sat up and patted the dog’s head. The chilly air on her nipples reminded her that she was naked under the blankets. She clutched at the covers.

“In the field today, when I said you’d make a good agent, it was the truth.” His voice hummed with intensity.

“You just don’t want to risk your life to train me. I get it. Don’t worry about it.” She wanted to feel as unaffected by the idea as she sounded, but her chest tightened with loss. It was insane, but she felt the loss of a man who didn’t care about her and he was standing in the same room.

“That’s not why I’m asking for a reassignment.”

Yas jumped to the floor and lay down in the doorway.

Rain sat carefully keeping the blanket covering her. “Why then?”

She might have asked more, but Jess’s body hovered over hers. He loomed and the air between them crackled with energy. “I can’t be your teacher because all I can think about is how soft your lips look, how the curve of your hips would feel under my palm and how perfect it would be to bury my cock deep inside you.”

“Oh.” Her nipples hardened to pebbles and the sheets felt as if they were sandpaper on the sensitive tips. Moisture pooled between her legs with every word he said. The stupid one word response left a yawning gap in the awkward conversation.

His lips were barely visible in the dim room, but he was close enough to feel his warm breath just before his mouth brushed hers. “I shouldn’t be your instructor because I want you.”

She responded to the kiss, her mouth opened for him and he tugged on her bottom lip. Warmth spread throughout her body in spite of the chill in the room. She cursed the layer of heavy blankets between them. Every naughty thought she’d entertained and then brushed aside during the past few days, bounced happily around in her head once again. He wanted her. The idea alone was sensual. Jess’ weight pressed her into the mattress.

“It’s too much of a distraction to care about you in this way. My instinct is to protect you and I can’t separate the woman from the agent.”