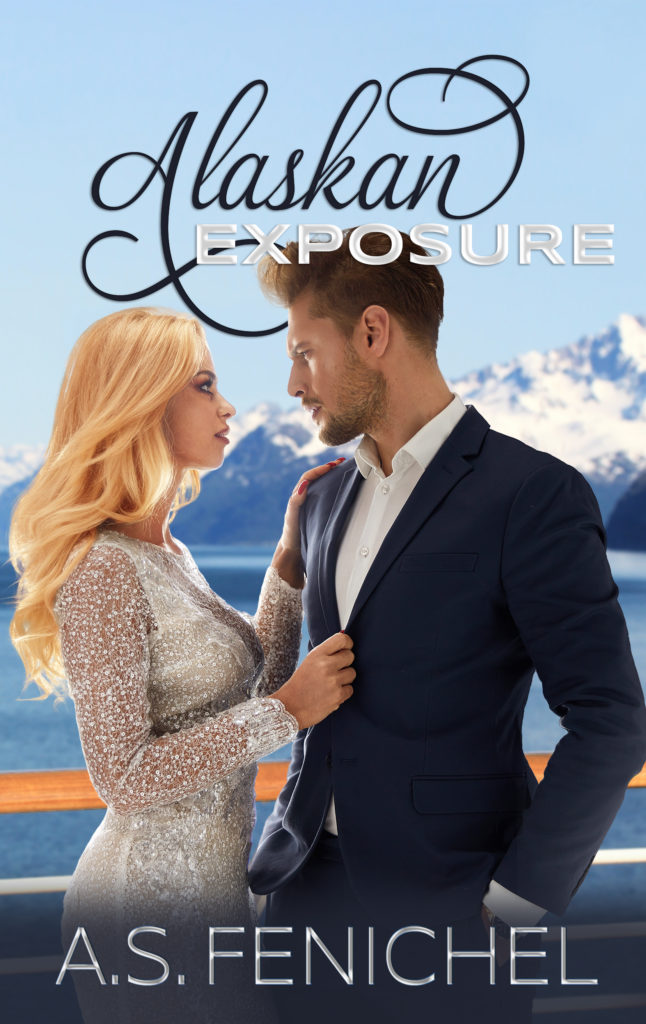 Finally recovering from a devastating divorce, Charley is given the opportunity of a lifetime when she’s offered a job shooting photographs for an Alaskan cruise catalog.

Kyle loves his life. The ship’s playboy first officer has his future all worked out and it doesn’t involve falling for the beautiful new photographer.

The two find passion and comfort on the high seas and Charley learns the joys of being completely uninhibited when the partner is just right. But in eight short days she’s going to walk off the ship and Kyle’s going to start his next voyage without her. Can Kyle prove to Charley that they’re more than just hot sex? Sacrifice is the only way to stay together, but the price might just be too high.

Even only having seen that small percentage of the ship, she had to admit it was not at all cramped or claustrophobic. When she saw an officer talking to a group of passengers, she immediately clicked off a few pictures. He was tall. His chest and shoulders filled out  the white uniform and he smiled easily  at  the three women who peppered him with questions while batting their eyelashes shamelessly. The youngest  of the three looked to be at least ten years older than the sailor.

Charley zoomed in on his bright blue eyes and neatly cropped dark, curly hair. He seemed genuinely interested in what the women were saying. If she had to guess, the handsome officer must have known the passengers. She clicked several more pictures.

His eyes turned toward her. There was a moment of surprise, followed by a slow, private smile. Inside her lens he was so close he penetrated her comfort zone. Charley felt her cheeks flush and she took the camera away from her face.

He’d caught her with her hand in the cookie jar. She’d invaded his privacy and he smiled warmly across the expanse of blue carpet. But he didn’t look the least bit offended. Normally she asked people if she could photograph them, though spontaneous pictures always turned out better. Making a conscious effort to slow her heart and ignore her embarrassment, she felt her cheeks cool slightly.

The officer said his polite goodbyes to the ladies and walked over to Charley. “Miss Ballantine?”

“Yes.” Immediately her cheeks flushed again. He smelled of a musky cologne, soap and man. What the hell was wrong with her? She shook herself out of her mesmerized state. “I’m Charlene Ballantine, sorry I’m late.”

He frowned for an instant. “I was told Charley.”

Her cheeks were on fire and her heart beat so hard that it was a wonder he didn’t comment on the infernal noise. “Charley is fine.”

He held out his hand. “I’m Kyle Macintyre, the ship’s first officer. I’m assigned the task of showing you the bridge. The captain asked that I tell you what you may and may not do while aboard.”

“They sent me a list of dos and don’ts.” Her voice was a bit steadier.

There was that smile again. “Yes, I’m sure the line sent you a laundry list, but since you’re not part of the crew and you have had no shipboard training, Captain Cristou likes to make certain there’ll be no trouble.”

She nodded dumbly, intoxicated by the deep, warm sound of his voice. “Who were those women?”

If the question surprised him he didn’t show it. “Mrs. Jones and her two  daughters. They’re taking a family vacation.”

He cocked his head to one side. “I just met them. Why do you ask?”

She shrugged, wishing she could keep her mouth shut. She supposed the question was out of context, but she was curious. “It looked as if you knew them.”

Turning the digital display on her camera around, she showed him the pictures she’d taken. He stood very close as she scrolled through the dozen shots she snapped while he was unaware. Her shoulder brushed against his arm.

The warmth of his body spread through her as if she were standing too close to a furnace. She’d lost her mind. That was the only explanation. Since her divorce, men had been the last thing she wanted. She’d spent a year in therapy trying not to think of them as the enemy and she’d made progress. She’d even gone on a couple of dates that hadn’t ended in disaster. But this sailor had an effect on her that none of the men she’d come in contact with had. Her pulse was tripping wildly and she thought running away would be a great idea. In fact, better to get as far away from Kyle Macintyre as possible. Unfortunately, that wasn’t an option.

He smiled brightly. “It does. You know, I’ve been doing this for so long, I’ve just learned that on a short cruise you don’t have much time to get to know people. I make friends quickly.”

She took a step away from his arousing scent and warm body.

“I’ll bet you do.” Sarcasm dripped from her words. She thought of looking around to see if her mother was behind her. No, it had been her. Shit.

He frowned, but was still so gorgeous she could barely look at him. “I think  I should be insulted by the way you said that, Miss Ballantine, but I’m going to reserve my reaction until I know you better.”

She took a deep breath and met his eyes before shrugging. “Sorry, I didn’t mean to offend you. It’s only an observation. The camera lens never lies.” She tapped her rig and felt her cheeks warm. “You said something about showing me around the parts of the ship where I’m permitted to take pictures.”